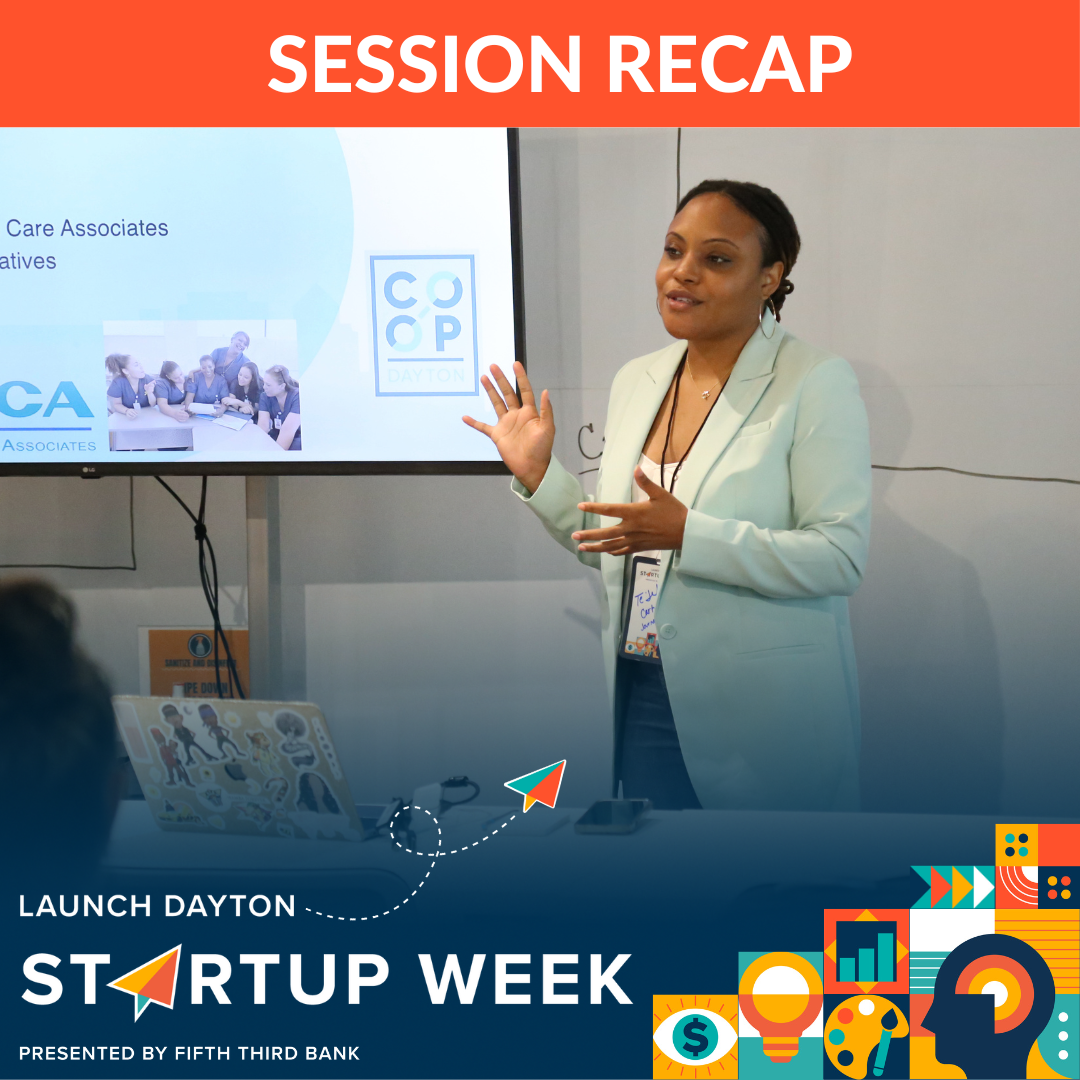 Building a Just Economy for Dayton

We’ve all heard some version of the American dream: have a vision of success, work hard to build it, make a comfortable living for you and your family.

But what happens when that formula only produces for some people? What if something completely out of your control makes the “American dream” nearly impossible to achieve?

Te’Jal Cartwright, outreach director for Co-Op Dayton, posed these questions as the foundation for her “Intro to the Just Economy” session at the 2022 Startup Week.

Yes, capitalism and ongoing growth play a role in a thriving economy. And, there’s also immense value in growing a business that supports a collective, common good and community where everyone can thrive.

Co-Op Dayton is built on the concept that the “cooperative model of community and worker ownership can transform Dayton’s Black and working-class neighborhoods by rooting jobs and businesses locally.”

“Using a cooperative approach means creating jobs with greater dignity and opportunities for workers to build wealth through their contributions to the business,” Te’Jal said.

Decisions in cooperative-model businesses are made by the people they most impact, producing solutions that take into account the needs and wants of the community.

“There’s a greater level of accountability to the people doing the work and the community at large, rather than an individual or small group of people making decisions in a space far removed from where the impact is happening. That’s the part that is often missing in the exaggerated ‘American dream’ narrative,” she continued.

Using the principles and structure of the Spanish Mondragon Corporation cooperative, Co-Op Dayton is developing a network of local cooperative businesses to grow our community’s economy and create wealth from the ground up.

What does that mean in practicality? Te’Jal shared it’s a combination of several offerings and initiatives that both support the transition of existing businesses to employee ownership and also develop new worker cooperatives that use community assets for community needs.

One of Co-Op Dayton’s best-known projects is Gem City Market, a community- and worker-owned co-op grocery store in West Dayton. The idea was born from within the community to address high rates of diet-related illness and low access to groceries. Today, the Market is a full-service grocer with worker-owners and numerous community well-being programs.

Have an idea for a cooperative way of working? Want help considering how your organization can support the common good in Dayton? You may be a good fit for working with Co-Op Dayton to create a just local economy if you:

Not every business would work with a cooperative model – and that’s okay! But, there are ways we can each work to build toward a common good in Dayton. What mark will you choose to make? What can you build with others that creates something stronger than building alone?

7 Funding Sources in the Gem City

How to Succeed at Pop-Up Vending