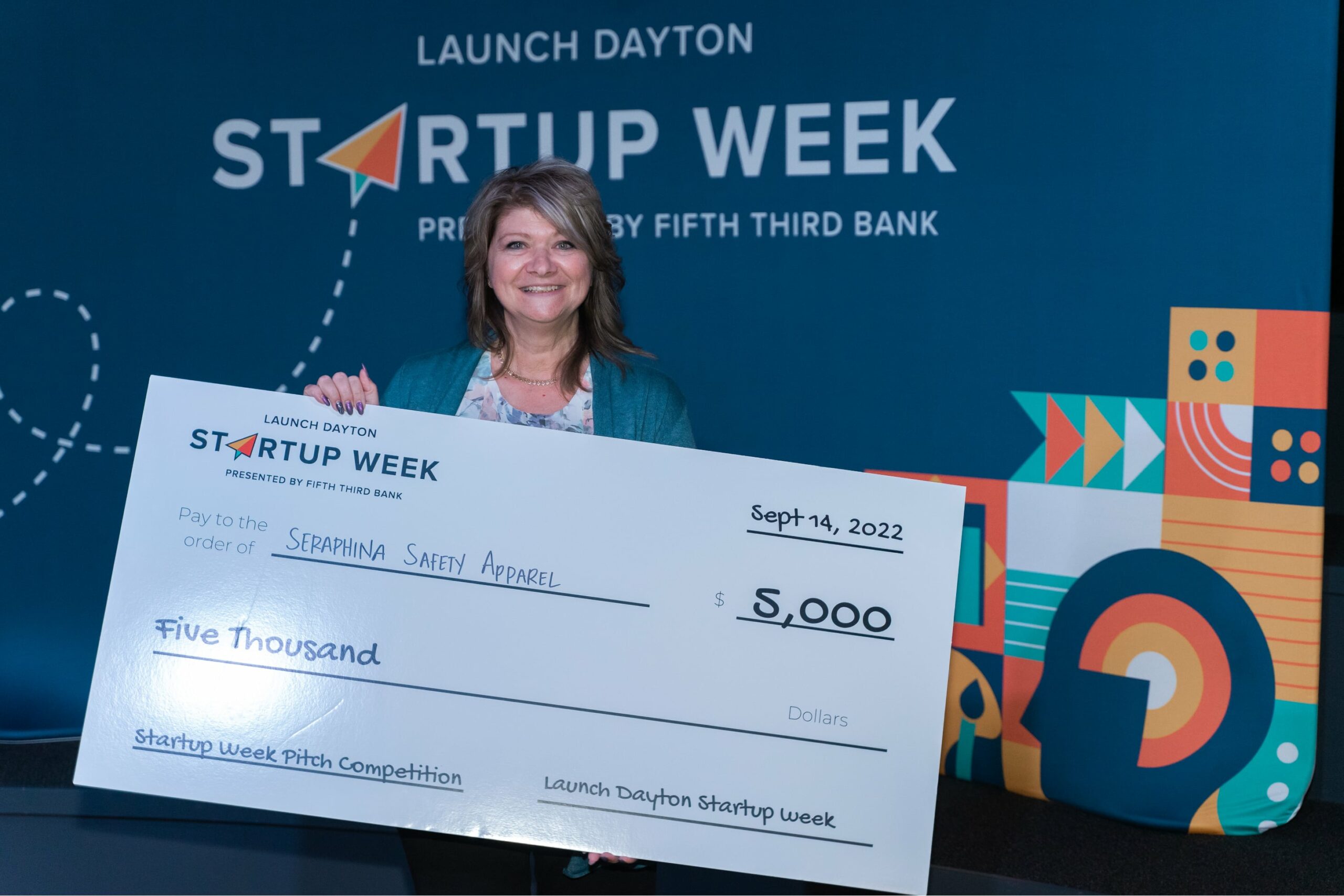 Seraphina Safety Apparel founder Kelly Franko is on a mission to level the playing field for women working in hot industries.

The company’s line of undergarments is flame-resistant, and they’re some of the first specifically designed to fit women’s bodies, Kelly explains.

“When it comes to undergarments, heat can be as dangerous as fire,” Kelly explained.

As lighter weight, breathable fabrics are used in flame-resistant apparel to alleviate issues like heat stroke, more heat passes through a uniform. This heat can actually melt undergarments — often made of materials that contain plastic fibers — into the skin, causing severe burns, she said.

And even though more than 1.2 million women work in industries that require flame-resistant clothing — think electrical, petrochemical, utilities, steel mills, foundries, mining, fire service ballistics, the military — there has been a lack of flame-resistant undergarments designed for women — until now.

“Pants, shirts and coveralls for women are available, but even those — women call it pink-and-shrink,” Kelly said. “They’re based off men’s clothing, just shrank and redyed. Men are straight for the most part, so there’s no accommodation for curves or capacity anywhere in the clothing. They’re not truly manufacturing things to fit women, they’re just tagging it as such.”

Kelly is already working with an intern from Kent State’s School of Fashion Design to move from the base layer into outerwear for women, too.

“A lot of people say, someone is already doing that, but that doesn’t mean they’re doing it right.” Kelly said. “Besides, have you ever seen how many dresses are in a store? Women need to have choices, and what’s out there isn’t solving the need, so I’m going to try.”

Kelly’s journey to launch Seraphina began when her personal and professional lives collided.

On the clock, Kelly started her career in healthcare. She was eventually tasked with opening a post-mastectomy boutique, where she learned just how many women are not served by the standard bra range found in a department store. So she opened a boutique to serve them.

Off the clock, Kelly’s husband and oldest son are avid drag racers. Kelly fit a sport bra for hot rod racer Ashley Sanford, leading to a meeting at the Performance Racing Industry trade show where Kelly was asked if she could make flame-resistant bras.

When Kelly paused, it was her husband who answered for her — yes, he said, yes, she can.

“I was still processing the fact that nothing existed for women,” Kelly recalled. “I had no idea women didn’t have options to be protected in motorsports or industry.”

She began researching fabrics following that conversation in late 2018.

“I knew what it needed to look like, how it should go together, but I needed to know about fabrics and components,” she said. “The truly hardest part has been the manufacturing piece. Manufacturers are used to sewing rectangles and squares, but our active fit bra, which has a utility patent pending, has multiple pieces to provide support, fit and capacity in the bra. So if you lay it out flat, the pieces don’t line up. You have to manipulate it, and it’s hard to get manufacturers to look at that.”

Seraphina is currently working with manufacturers in Utah, Ohio and Michigan to produce its seven-product line.

This coming year, Cintas will feature Seraphina’s line in its uniform catalogue. Kelly is looking for help to break in with additional distributors.

“Access to the marketplace is what I need right now. It’s 1.2M people, not 200, and women deserve equal protection,” she said. “Wearing clothing that is too big, that doesn’t fit you, isn’t equal. It’s unfair to recruit women into these careers, but then not provide adequate safety apparel.”

Seraphina will use the Startup Week Pitch Competition winnings to pay for third-party testing and industry-recognized safety certifications for its products, Kelly said.

“I don’t think I could smile big enough when I was announced as the winner,” she said. “In racing, my husband and son get big checks when they win races. This time, I was grinning because I got my own big check.”

Connect to help Kelly — visit seraphinasafety.com to learn more and shop, and follow @seraphinasafety on your social media platforms.