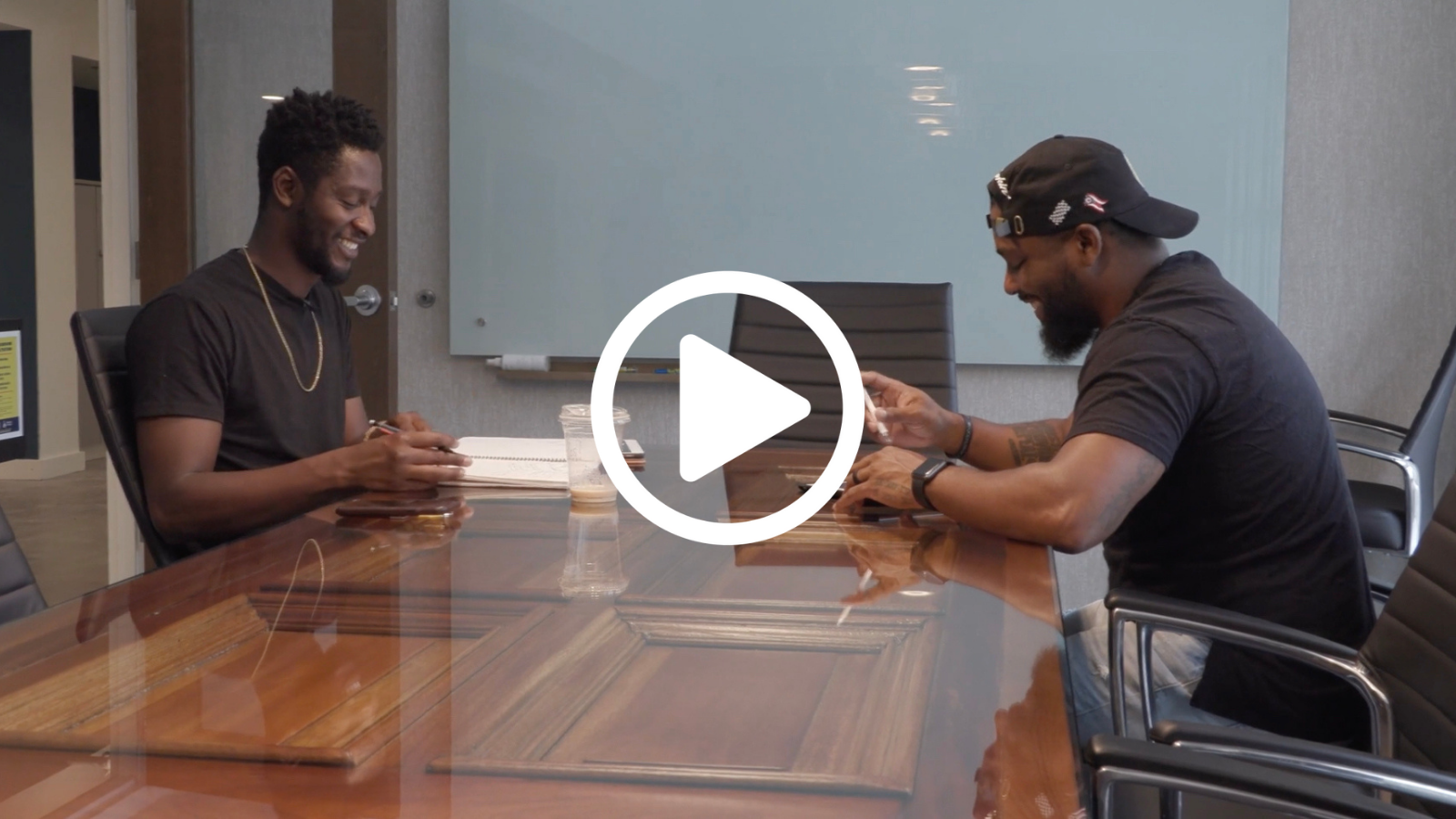 Carlos Portis was rocking his 7-month-old son when he had the initial idea for Soft Cards digital greeting cards.

“I was playing with the texting platform, seeing what people are able to do with SMS,” he recalled. “I decided I could build a rough prototype of what I envisioned with my skillset building webpages, so I decided to push forward.”

Flash forward a few years, Carlos is a UX designer at University of Dayton Research Institute by day, and works on his company, Inveloped, with co-founder Buddy Pitts by night.

Through it all, he is also a husband and father who consistently shows up for his family — a priority he learned from his own father, he said.

A self-described military brat, Carlos’s family lived in different places including Las Vegas and Japan before coming back to Ohio and settling in Dayton.

“I appreciate my dad making the decision to change the trajectory for his family. By being a Black man joining the military, he was getting away from a certain environment, and that allowed us to blossom,” Carlos said.

Today, his dad is still his model example on how to do right by himself and his family.

“Anything in life, whether it’s your business, or time with your kids, you have to be intentional about it,” he said. “I had one of the best examples in the world with my father. He was an amazing father for me and my sister. He’d get off work after a long day, put his bags down, and be willing to hop on a video game or play basketball.”

Carlos’s own typical day begins by waking up his kids — ages 4 and 7 — and getting them ready for and off to school. Between his day job and his startup hours, you might find him playing Legos, pushing swings, or jumping on the trampoline.

“I try to hold myself to that example and make sure my kids have a dad who is not only physically, but mentally, present,” he said.

“I feel like I always had entrepreneurial endeavors, raking leaves for money, mowing yards,” Carlos recalled.

He studied visual communications and web design in college, and found a job with his church right after graduation handling their marketing and graphic work. Other churches began to take notice, and then restaurants and other small businesses began reaching out to Carlos for website work. His first company was born.

“More than anything, you get discouraged about the timing of things. You want things to happen all at once,” Carlos said. “If there’s anything I realize about the entrepreneur journey, it’s that sometimes it’s a long haul. You’ve got to be willing to put in an adequate amount of time without sacrificing family.”

Focus on being intentional, he advises fellow and aspiring entrepreneurs.

“You may have self-doubt, but just always be weighing your intention and making sure you’re taking action and having the right intent,” he said.

“My name is Carlos Portis, and I’m and entrepreneur.”

A New Way to Care: The Well

The scRUMptious Dessert offers a fresh take on a classic cake