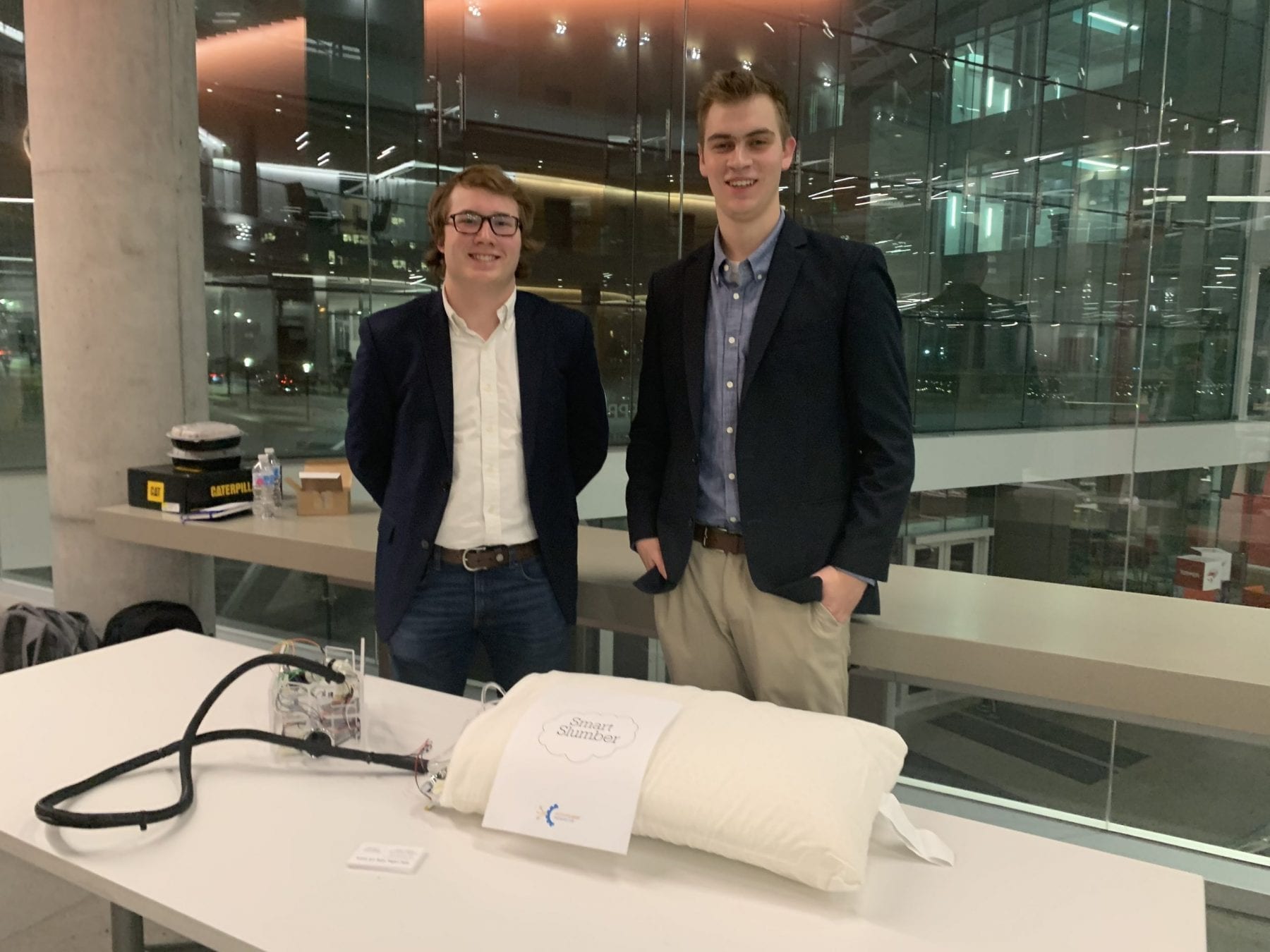 Though they won’t be moving on to the international competition, the experience was invaluable, student cofounder Duke Tobin said.

Duke and cofounder Connor DuShane pitched the startup’s smart sleep system, which includes a pillow that will automatically adjust position and temperatures to support good sleep for the user. The product is currently in a protoype phase.

About 200 people attended the AlphaLab Gear Hardware Cup’s sixth annual competition in Pittsburgh, including several sleep researchers and product design firms who were interested in their work, Duke said.

“We were in an earlier stage than many other participants, so it was great to hear how others were able to progress and overcome challenges,” Duke said. “I 100 percent would do it again.”

Taking first place in the Pittsburgh leg of the international hardware startup competition was Trek Gum, a Pittsburgh startup that makes biodegradable chewing gum that kills bacteria and removes plaque on teeth. Founder & CEO Emily Siegel, a University of Pittsburgh Honors College research fellow, won $3,000 and a chance to compete for $50,000 in the international Hardware Cup finals in Pittsburgh in May.