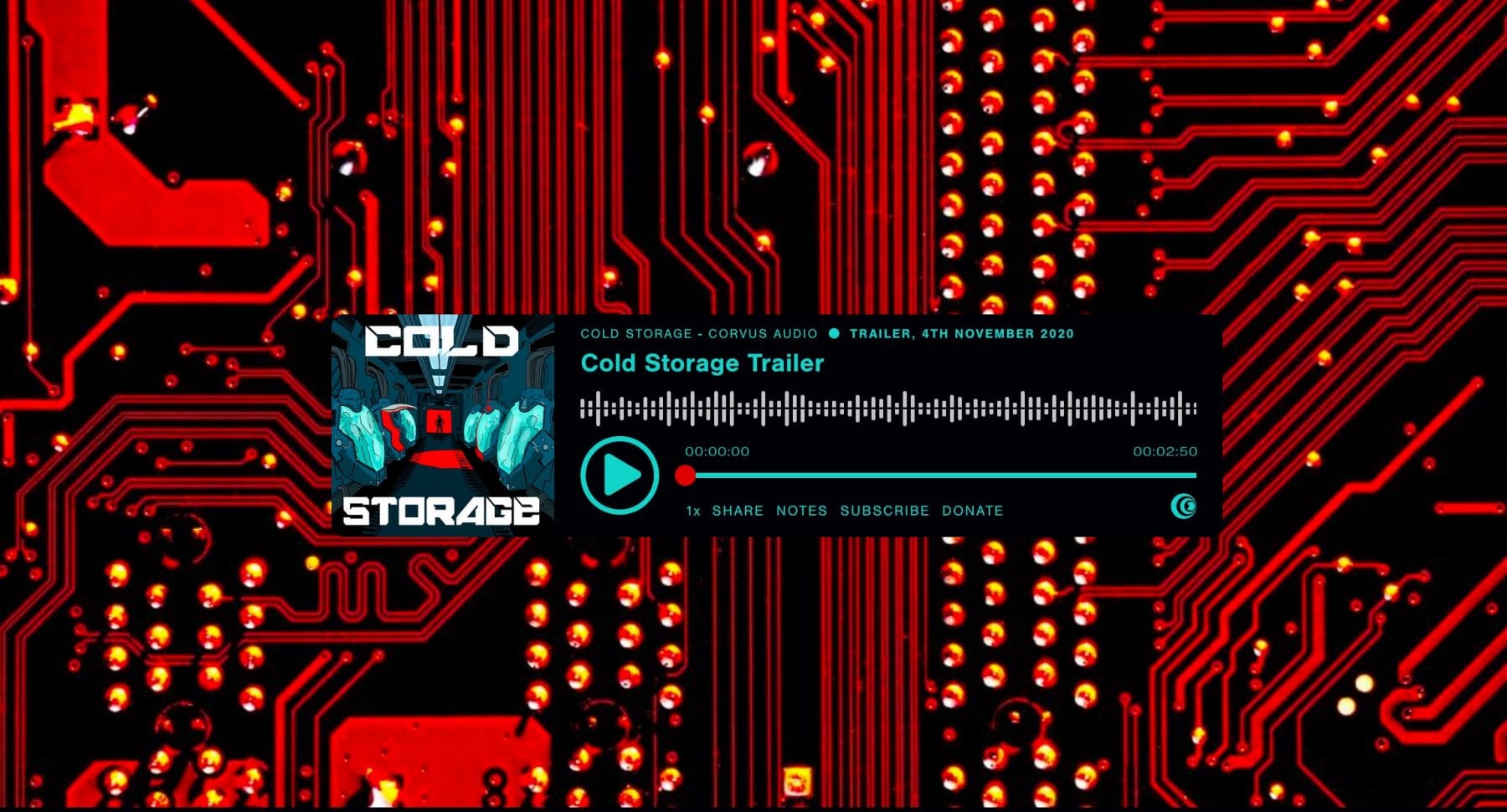 Back in March, Corvus Audio founder Savannah Webb and her brother, Harrison, launched a Kickstarter campaign to record and launch Cold Storage, an original audio drama podcast.
On Nov. 25, the Cold Storage team dropped their first episode! They’ve got two more dropping soon, and are currently raising funds on Ko-fi to record more.
Cold Storage is set in an alternate 1989, opening on two mechanics who show up for work at the doomsday bunker where they take care of 1100 people who were rich enough to be cryogenically frozen when the Cold War turned hot. But on this day, the mechanics discover that someone is awake.
The audio drama is the brainchild of the sibling duo. Savannah is freelance audio editor turned founder of podcast production co Corvus Audio. Her younger brother, Harrison, is a recent Ohio University grad & screenwriter with a handful of short films under his belt.

There are 12 episodes slated for Cold Storage’s first season, and they will feature a slew of local talent. The nine cast members are all from southwest Ohio, the podcast’s music is composed by Dayton musician ISICLE, and the cover art was created by Dayton artists Tyler Mackey. The genre is part sci-fi mystery/suspense & part workplace humor.

The Kickstarter was hit hard when COVID shut down businesses in March. Savannah developed COVID, further slowing the initial momentum for the fundraising campaign.

The team is working to raise an additional $850+ to fun the next three episodes. The bulk of the money raised goes to pay the cast, Savannah said. Kofi makes it easy to make a one-time or continuous donation to the project, and the team also has a shop where they’re are selling mugs and stickers.

Savannah has been editing audio for about two years. Currently, the bulk of her work is with business and organizations offering interview-style content. She hopes producing Cold Storage will open some new doors.

“This is closer to what I want to be doing,” she said. “It’s awesome to get to do something creative & fun. I hope it will lead to more projects like this in the future.”

Her collaborators come from the network she has developed within the Launch Dayton community.

“They’re people I kept seeing at events,” she said. “I was impressed with their work, so I hired them.”