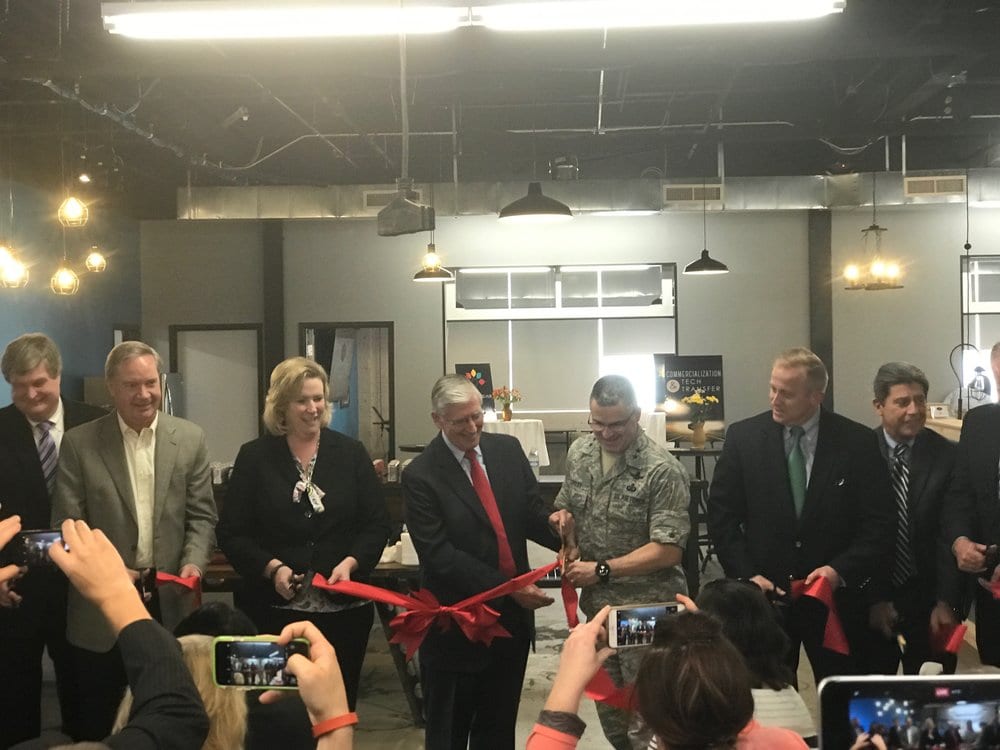 The WBI-AFRL Downtown Innovation Center officially opened last Thursday with a ribbon cutting and words from the stage by AFRL, WBI, and local economic development professionals. This wasn’t an ordinary ribbon cutting, though–when you house a maker hub, you create your own wooden scissors to make the official cut.

The space has been operational for a few weeks, bringing in 50+ researchers from AFRL, universities, NASA, and industry for a “Summer of Innovation” project focused on autonomous software. Officials stated that the group already has identified four potential spin-out companies.

The WBI-AFRL side of the building will also house AFRL’s Small Business Hub, the AFRL Maker Hub, and WBI’s Tech Transfer Team.

Startup Week attendees will have the opportunity to see the space and hear a series of talks from WBI & AFRL partners in just two weeks!

Tuesday 1PM: Jedi tricks for working with the (Air) Force

Startup Week attendees can hear about some of the community initiatives going on in the WBI event room at 444.

Tuesday 3PM: What is the Ohio Federal Research Network?

Thursday 9AM: Intro to the Ecosystem The second floor of 444 houses local software development startup Mile 2, which hosted an open house for their space immediately following WBI’s ribbon cutting ceremony. Co-founder Jeff Graley sat down with the Dayton Tech Guide team a couple of months ago to talk about the vision for their space.

Since then, the team has added some startup flair to their office with Dayton and tech inspired murals.