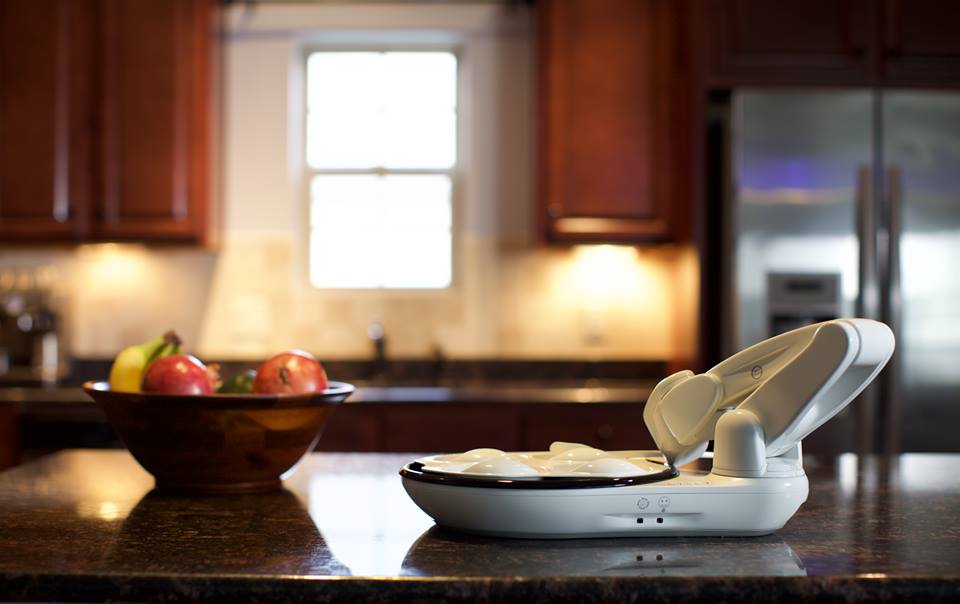 We first met the DESiN team last year, as they were getting ready to officially launch their first product–a robotic feeding device called Obi. DESiN Founder and Obi inventor Jon Dekar shared with us his experiences that included interactions with his ailing grandfather and a quest to help a young girl with Arthrogryposis, both of which led him to work tirelessly to create a means of giving people back their independence at meal time. His solution was Obi.

This morning the Dayton Chamber of Commerce along with Soin International announced that DESiN is this year’s winner of the Soin Award for Innovation, which includes a $25,000 prize and various marketing opportunities.

The Soin Award for Innovation began on the Dayton Area Chamber of Commerce’s 100th anniversary as a way to honor the businesses carrying on the innovative heritage of the Dayton region. The Raj Soin family has generously been the benefactor of the award since its inception

Haven’t seen Obi yet? Check out this video to see how this product is changing the game for people everywhere.

Congrats to the DESiN team! We wish you guys continued success in your mission to help people live a life without limits.