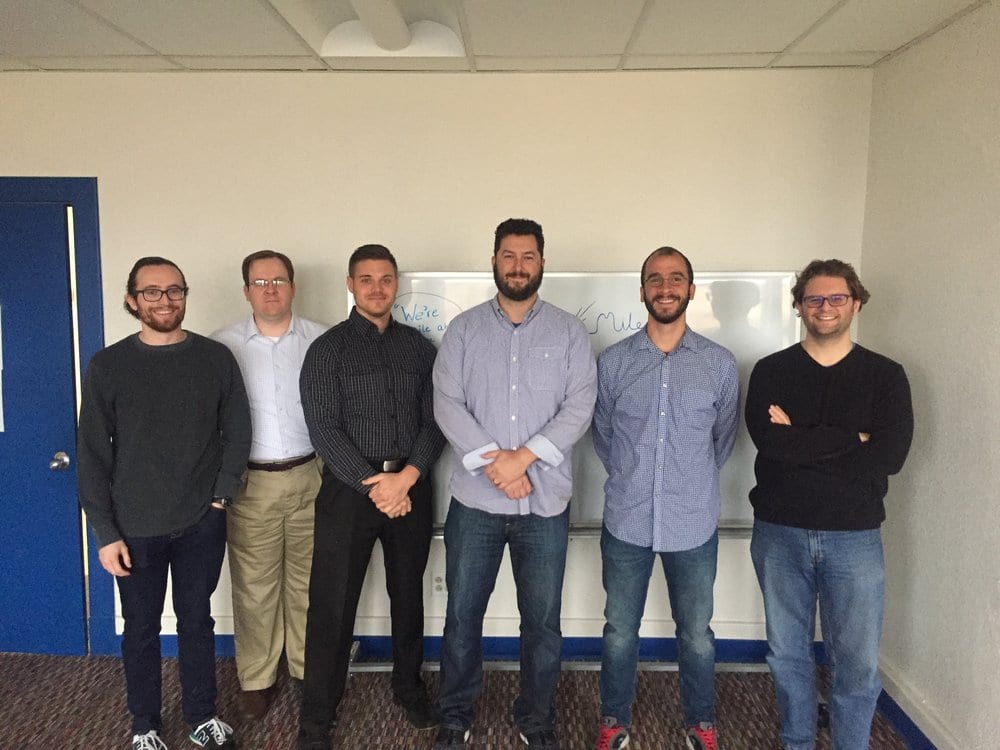 Catching up with Jeff Graley of Mile Two When we last spoke with Jeff Graley back in September, he had begun his journey in the startup world. He had approximately 2 people on his team and had office space in The Entrepreneurs Center. Now Jeff has 12 people on his team and has moved to 444 E. 2nd Street in downtown Dayton! Though their growth is followed by great business, Jeff knows it wasn’t a walk in the park. “There are a few challenges that go along with exceptional growth. Most of it involves finding the right people. If your team doesn’t get along, you probably won’t accomplish much,” he states.

Mile Two is a company that combines the efforts of human-centered software design and the excitement of building better systems in a diverse range of settings. He volunteered as the Pathfinder for this project but eventually spun out Mile Two in August 2015, taking two people with him from AFRL.

They took no funding or loans to start, but instead began searching diligently for contracts to get them going.

“We have been really fortunate to receive the amount and the diversity of the type of work we have been getting. This diversity has really given us an opportunity to grow our team.” he says. “Recently, we have received a large amount of commercial work involving Ascend Innovations and other startups in the area. We also have our own product, in partnership with AFRL, coming out within this calendar year. That project is focused around building a software that compiles all the ideas of AFRL onto one platform.”

Giving back to the startup community has really been rewarding for Jeff and his team. “It seems to come in all shapes and sizes. It could be talking over coffee with a startup about some of the challenges that we went through before getting to this point. It could even be meeting up to discuss building an idea. If someone has an idea for an app or a new software, we could be a potential point of contact for that person.”

As Mile Two continues to expand, Jeff acknowledges the potential for growing pains.  “There are a few challenges that go along with exceptional growth. Most of it involves finding the right people. If your team doesn’t get along, you probably won’t accomplish much,” he states. “In the past few months we have outgrown 3 spaces in The Entrepreneur Center, and in February, we moved into space at 444. Once we started bringing more and more people on, we decided that maybe it was time to land in some permanent space and 444 has been great! Bringing all these people on introduces the interpersonal dynamics. This has worked out extremely well for our team. Bringing on as many people as we have also brings a diverse set of talents. Whenever I have an issue, I can simply sit with my team and ask who has experience working with “X”. Usually someone steps up and offers their skillset. We have been very blessed with the amount of talent that has come our way,” he explains. So far his entire team consists of talent he found in the Dayton area.

When asked what he learned from growing so fast, Jeff said “You have to maintain a focus on the projects you are working on. You may have 5 different projects going on at once, plus all the internal work for the business. You have to be able to work on the business. So it may be hard to stay focused on one thing, but learning to see the horizon is crucial”.

We asked Jeff about his thoughts on the current state of the Dayton startup community. “Dayton is beginning to hit that tipping point. We are seeing a more active and vibrant startup community than we have ever seen before. Almost every day we hear about cross partnerships in the community. We need to keep that momentum going by attracting the newest and brightest talent to the region to build more businesses. Once we get all these new people and businesses continue to cross pollinate, that may push us past the tipping point into that vibrant startup community we are all hoping for.”