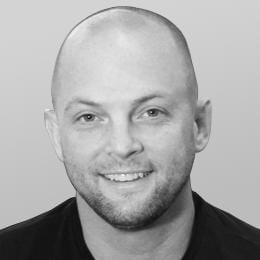 Get to know #StartupDayton’s Barry Besecker of Marxent Labs

DO YOU KNOW Barry Besecker?

Barry is a serial entrepreneur who is knocking it out of the park and making waves in the tech industry with his latest venture, Marxent Labs–a startup that Forbes recently said is positioned at the center of a billion dollar industry. What’s the key to his success? Barry has discovered that the secret to building a successful business is more than just producing cutting edge technology. “People are the essential ingredient that makes a company successful.”

When you grow up on a farm and have a dad who runs his own sporting goods store, you learn at a young age the value of hard work. This was the case for Barry Besecker and his brother Beck, who started out building things like go-karts and boats in their backyard and later converted that love for building something from nothing into a fast-growing, nationally recognized, Virtual Reality/Augmented Reality business known as Marxent Labs.

“I always wanted to build things,” Barry noted. He credits his sister for teaching him the Law of Supply and Demand, which helped him realize that he could make more money if he had rare skillsets. Armed with this truth, he set to work at an early age expanding his knowledge in nontraditional fields. He said “I started coding when I was 12.”

After High School, Barry enrolled in the Computer Science & Mathematics programs at Wright State. Upon finishing his degree, he was ready to jump back into his love of building–this time in the form of a business.

Recognizing the value of entrepreneurship, he teamed up with his brother straight out of school, and together they built a successful startup that they later sold to NCR for a nice profit. Having found success in his first venture, Barry said, “I was able to look at what we had done and use it as a model for building the next company.”

In his next business, one which he founded without his brother’s aid, he began to recognize some key factors that could affect a company’s success. Working through founders stress in the form of dissimilar visions and individual egos, Barry said he “saw how important culture was.” Envisioning a business in which the workers shared a common vision and the same values, Barry later teamed back up with his brother, and together they started his third business–Marxent Labs.

“People are important,” Barry stated. “People are the essential ingredient that makes a company successful.”

Using this epiphany as a cornerstone for Marxent, Barry has worked to create a culture in his company that fosters both camaraderie and productivity. From their open-concept, fun office environment that encourages collaboration to their regular recognition and celebration of employee successes, Marxent is gaining a reputation as a pretty doggone awesome place to work (and just in case you’re wondering, they’re currently hiring like crazy).

Marxent isn’t the end all for Barry, though. He’s currently in the process of spinning off a fourth business that will pursue another niche within their industry.

But Barry says he’d rather not dwell on the praise he receives for all of his achievements. “I don’t really like to hear people talk about how well we’re doing. I’ve seen too many people who let success go to their head,” Barry said, referring to the business casualties that can occur when founders suffer from over-inflated egos.

Instead he says he’d rather keep his “head down and stay focused on always trying to take things to the next level.”

Want to connect with Barry and the rest of the Marxent team?

You can follow them on Twitter here, find them on Facebook here. While you’re at it, check out their website to discover all the really cool things they’re up to (and by the way, they are hiring big time right now).

We can always learn from those around us, so get out there, get connected, and get growing, Dayton!