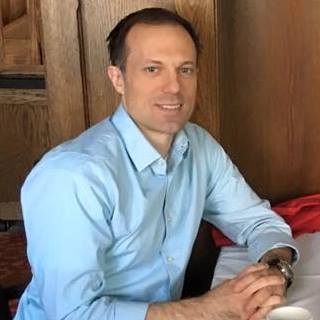 Get to know #StartupDayton’s Charles Nick of The Wright Cup

Do you know Charles Nick?

Charles is the founder and CEO of The Wright Cup–a company’s whose mission is to help people discover the perfect cup of coffee. He’s built a business around embracing people’s unique preferences and understanding that “perfection” is in the eye of the beholder or, in this case, the tongue of the taster. Ever try to start a business only to see the idea fall flat on its face?

Charles has. In fact, Charles has several times. But don’t feel sorry for him. He has a surprising take on his past failures that might seem odd to some. Reflecting on his past ventures, he says, “I’ve tried a few businesses and failed, which is good.”

Those first few stabs at creating a business occurred while Charles was in Houston, Texas, working for NASA as a technical writer authoring on-orbit maintenance procedures for the International Space Station.  Even though the work wasn’t awful, Charles felt drawn to the life of an entrepreneur.

“I loved the idea of the freedom to work for yourself. It brings a massive amount of responsibility but, for those who welcome it, it can bring a lot of opportunity,” Charles said, crediting his desire to pursue entrepreneurship in part to the stories he grew up hearing about his entrepreneurial grandfather–an immigrant from Greece who opened his own grocery store in Middletown, Ohio in the early 1900s.

Charles split his time in Houston between his full-time job and his efforts to create a viable business.  His free hours were often spent brainstorming ideas, trying things out, and evaluating the lessons learned with each failed attempt. Recalling the experience he gained during that time, he said, “Failure helps you understand the right questions.”

Those questions, Charles noted, led him to have a better understanding of the importance of market research and idea validation.

“We love our mom’s opinion but she might not understand the concept of scaling an online retail business,” he mused, poking a little harmless fun at some people’s idea of market research.

Citing the countless hours he spent probing the market to validate the concept for his current company, his advice to other entrepreneurs who think they have a great idea is to “get connected with your local business organizations and begin to have the difficult and humbling conversations to discover if you really have a good idea or not.”

Now that he’s not only validated the market for his company The Wright Cup but also has it up and running, Charles says he’s “most excited about seeing a happy customer.” He admits, “It sounds gimmicky, but it is really a lot of fun to help someone find something they’ve been looking for, like a great cup of coffee.”

But make no mistake, coffee isn’t the only thing he’s hoping to help people find. He’s currently working with the Engineer’s Club to create a class for entrepreneurs in which he’ll teach them the lean startup method that he, himself, used to develop and launch The Wright Cup. His hope is that by sharing from his experience, others will be able to realize their dreams of entrepreneurship, as well.

“Dayton has a great community of people who want to help see you succeed,” he said, reflecting on the people who have helped him along the way, “so reach out and ask for their help.”

After all, supporting one another is what community is all about.

Want to connect with Charles?

We can always learn from those around us, so get out there, get connected, and get growing, Dayton!