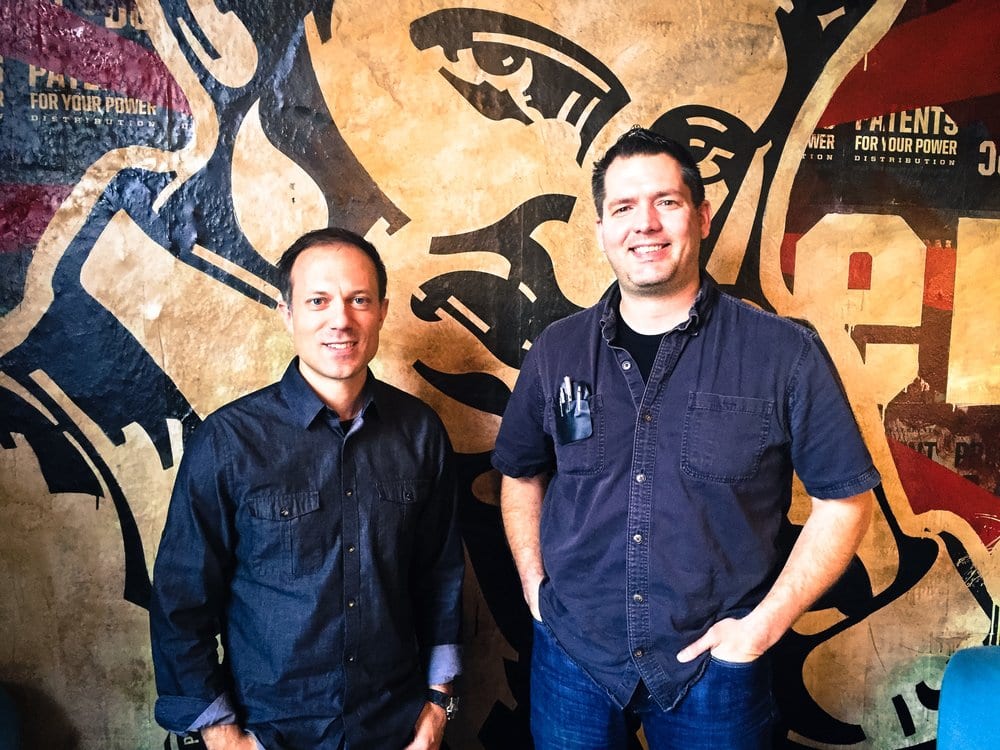 Update: Third Wave Water recently announced that they are currently working on developing a Kickstarter campaign to help them launch more broadly! Sign up here to be among the first to know when their campaign goes live and support this local startup!

Charles Nick, from The Wright Cup, an aviation expert and current entrepreneur in the coffee realm, has teamed up with Taylor Minor, an elected official in his city and current owner of the Telemetry Roaster, to bring the coffee user experience to a whole new level.

Not many people think much about what goes into making their cup-of-joe in the morning. In fact, it is routine to simply fill the tank, pour in the Folgers grounds and wait patiently for that sweet nectar of the gods to fill your mug. Taylor and Charles argue that in order to get the most out of your coffee experience, there needs to be more thought and effort into the process of brewing your cup. It really starts with the water. They have recognized that there is a current disconnect between the coffee lovers in-shop experience and at-home experience. “I have been thinking about the water aspect for a few years. It’s comparable to cars. The technology you use for diesel engines is not the same as the technology you use for smaller vehicles. They don’t necessarily “scale-down” and it is very similar in water filtration. There are systems out there for coffee shops to get a narrow window of water for their coffee, but it is expensive and not feasible for customers to have in their home.” Through research, I was able to find that a low end coffee filtration system for at-home use can cost up to $260. “As roasters and coffee shop owners, we have this problem of our customers taking our coffee home and they think it’s bad, but it’s because their water is bad. We have resulted in letting some of our customers take our water home to brew their coffee with” Taylor explains. So if excellent coffee is your goal, it’s imperative that you control the variable that makes up a large percentage of coffee beverages. “It’s all about quality consistency” said Charles.

Charles and Taylor began pondering this problem one day in Taylor’s roastery/coffee lab. They began to jokingly talk about being able to “dehydrate” water for their customers, but then that joke shortly became a reality. They are not actually dehydrating water, but it’s about the closest thing you can get. Through a special process and after hundreds of time consuming measurements they have found a way to combine the special minerals that improve and catalyze the flavors of coffee into one little capsule. “Taylor is definitely the “Chief Chemist” of this operation. It is his formula and from his research on water he began to understand what is needed in the “waterworld”. It is trying to be that missing element in the coffee creation world. In a recent article about ThirdWave you see people saying things like –  “Finally! The missing element in coffee brewing”  – and it is. We recognize that you have all these changes happening in the field, but not so much on the water filtration side” Charles explains. “It changes the flavor so much, and it’s mainly the chemical reaction and extraction between the coffee and water. It maximizes the flavor”. “It’s akin to what you paint on” Taylor goes on to say. “If you’re a water color painter, you use water color paper right? What made the Sistine Chapel was the painter and paint, but also what it was painted on. You take amazing painting and put it on this ceiling that’s high up and curved. It’s amazing right? Well, if you would have taken the painting and put it on a flat wall, it may have not been this amazing piece of art. Art is about context and it goes the same way for brewing. The taste of the coffee depends on the context or canvas which would be its water” Taylor said. “We have really made something different than our competitors, and the fact that our product is powder sets us at an advantage because of certain shelf life factors. You can get on the same playing field as your favorite coffee shop by using our product.” Charles says. Charles is currently serving as the President of the ThirdWave and working on the business strategy and planning side. “Taylor is CEO, but eventually he will be both because he handles more of the operations” he said. “I am working heavily in the partnering and fundraising right now. This idea is about 3 months old, but we actually launched the business in Chicago at the Bloom Fest, hosted by the Barista Guild of America which I felt was perfect for us because perfecting the water that you brew with is a main component of their craft”.

None of their competitors have the formula down, and most of them don’t include all of the key minerals that Taylor and Charles have included in theirs. Through the connections that Taylor and Charles currently have in the coffee world, they were able to start sending out samples for people to test in their shops. “Between social media, Bloomfest, and our connections, things really started taking off” Taylor explained. “Right off the bat we had large customers from all over the world including: Hong Kong, New Zealand, Canada, UK, Greece, Dubai, the U.K., Malasia, South Africa, South Korea. Through those samples, we are able to find out our product is better than our closest competitor, as well as the fact that we are cheaper. For these well-known people in the coffee realm to share with us that we are a “game changer” was obviously a big deal and is what really gets us excited about this product”. Charles goes onto explain that “besides those little promotions, we haven’t had much of a concentrated effort, but we are having a KickStarter campaign starting in January.” Through this KickStarter they will be better able to fill larger orders and keep a stock of their product in various warehouses for shipping. Now they are able to fill smaller and individually packaged orders, depending on the need of the customer. When asked where they see ThirdWave going in the next year Taylor responded, “It’s nice that Charles and I both have established specialty coffee businesses, and if this goes off somewhere else and we learn from it, then so be it, but we are going to see where it takes us”. Charles points out “We have a really great thing going currently, and we have plans in the future for coffee hardware that involves more patents”. “To be successful at black jack you don’t have to be smarter than everyone else, you just have to be smarter than the house. It’s the same thing in business, in order to be successful you just have to make better decisions than the majority of the people” Taylor resolves.