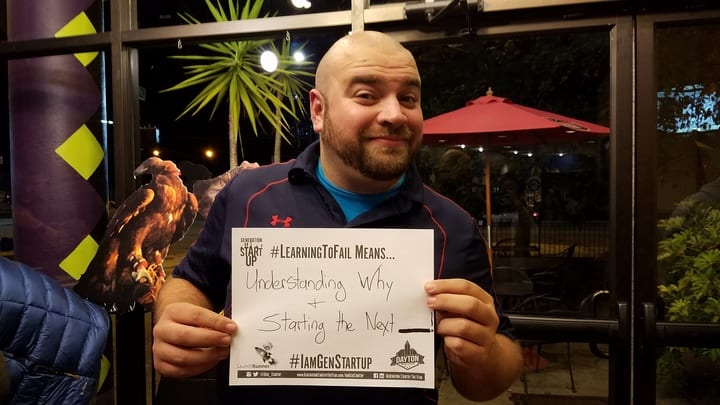 Last Thursday The Neon, an independent movie theater in downtown Dayton, was filled with the entrepreneur stars of our startup community for our exclusive screening of GENERATION STARTUP–a newly released documentary that takes us to the front lines of entrepreneurship in Detroit.

Directed by Academy Award winner Cynthia Wade and Academy Award-nominated Cheryl House, the film celebrates risk-taking, urban revitalization, and diversity while delivering a vital call-to-action. After the film, we asked the movie-goers to join the social media campaign and write what #RedefiningSuccess and #LearningToFail means to them. You can see all of their photos below!