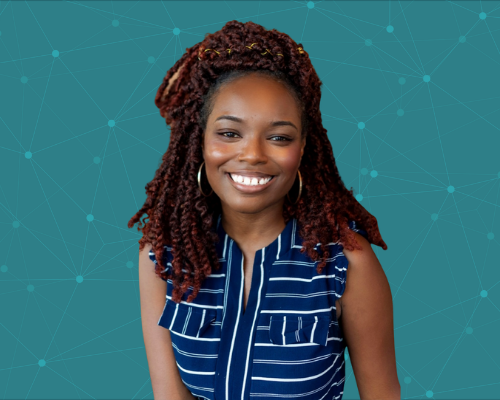 The University of Dayton-led Greater West Dayton Incubator announced Monday that Whitney Barkley has been named the new director of the GWDI.

Whitney is the founder and Chief Creative Officer of Speakerazzi, an Ohio-based content marketing firm which creates custom content to help speakers, authors, coaches and public figures expand their online visibility and influence. She is a marketing and outreach expert with a passion to support underrepresented entrepreneurs, small businesses, and nonprofits.

“It is my honor and mission to lead the University of Dayton’s charge to support Black, woman and untapped entrepreneurs,” Barkley said in a statement. “Knowledge about the resources in the community is power, but my goal is to help our entrepreneurs access and apply that knowledge to create visible, profitable and sustainable businesses that secure legacies for years to come.”

She succeeds Karlos Marshall, who is now the Dayton Metro Library’s inaugural chief diversity officer. Whitney was chosen after an extensive search from a committee that included West Dayton entrepreneurs, community leaders, and University of Dayton faculty and staff.

“Whitney’s energy and enthusiasm about the Greater West Dayton Incubator is evident and makes even people who have been working on this initiative for over a year more excited,” Stacy Thompson Speare-Hardy, senior vice president at KeyBank, told the Dayton Business Journal. “Combined with her experience working with stakeholders in minority business development, she will serve the incubator and community well.”

Whitney’s role in the incubator will be to connect businesses and entrepreneurs to resources at UD and in the broader community and promote the GWDI initiative to UD students and faculty to build engagement. Whitney will also support the Crotty Center/SBA’s DE&I initiatives in alignment with the university’s anti-racism policy.