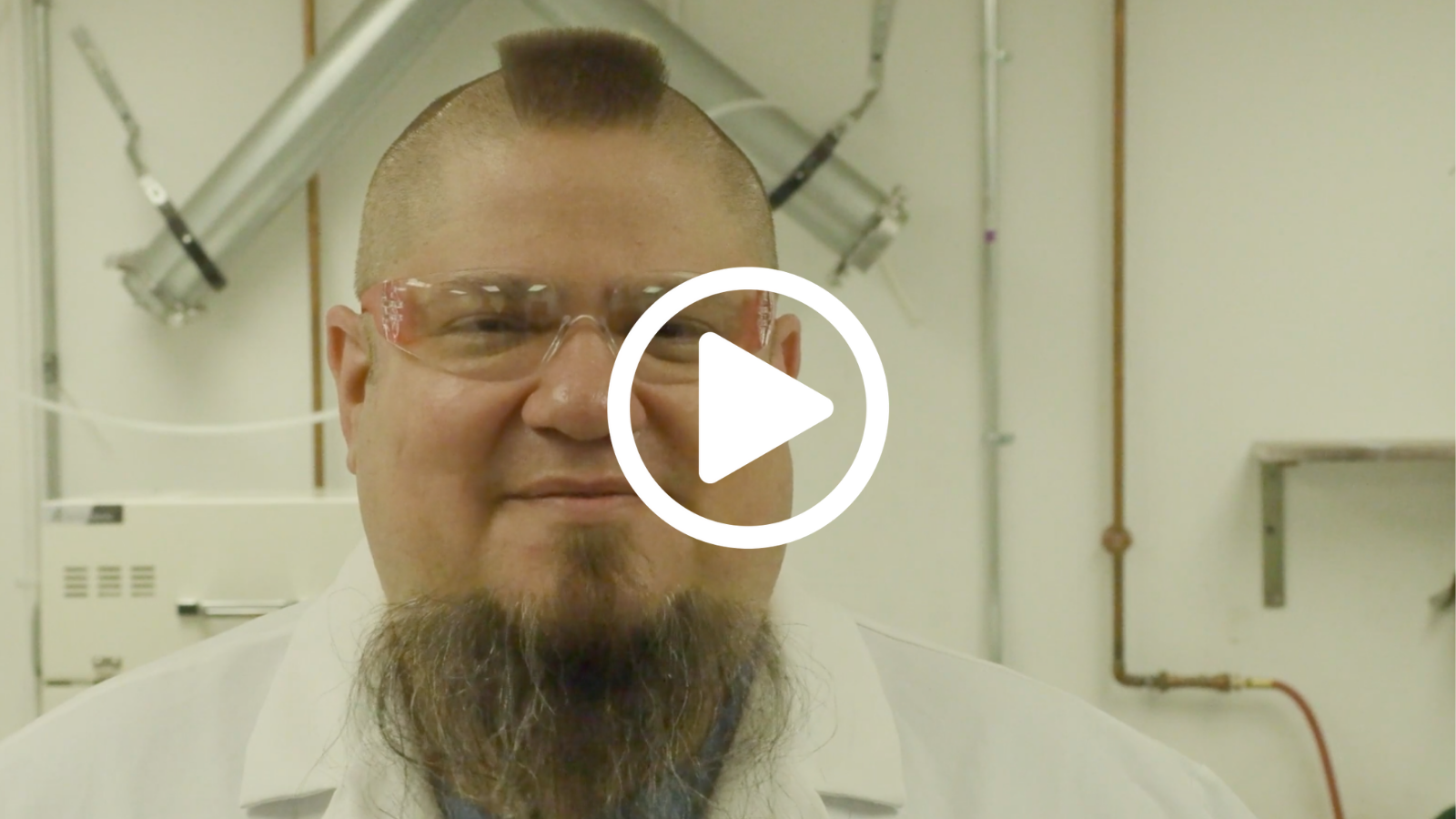 As a teen working in his parents’ restaurant, Luis Estevez just thought his dad was being a hard boss when he insisted his son jump into new positions without any formal training.

Today, he sees that push as his first lesson in entrepreneurship.

“The way I’ve approached my career path and into entrepreneurship is really what my dad said — just jump into it,” he recalls. “If that’s what you want to do, just jump into it, and work hard to achieve it, and if you make mistakes, fix them along the way instead of looking from outside, trying to figure out how to do it, over-analyzing it. Just make a mistake, get it out of the way, and move on.”

Luis is the founder of Advanced & Innovative Multifunctional Materials — AIMM for short.

He works with nanoparticles to create a variety of products, from water purification systems to self-disinfecting medical equipment.

Luis began his career in science labs. It was in a lab at Cornell University, pursuing his Ph.D., that he began working with nanoparticles.

“I knew, if you can control materials on a nanoscale, this really, really, tiny scale, it could be pretty remarkable,” he said.

His post-doc took him to the Pacific Northwest National Laboratory, where he had the opportunity to propose his own research. But it wasn’t until he landed at the University of Dayton Research Institute that he began to consider a career outside the lab.

“I’d been working on energy storage for awhile, with porous materials and loading them with all kinds of nanoparticles, and I realized, these can be used for water purification. I realized this is where I can make an impact,” he said. “I started working on it with UDRI, but I realized I could move the technology along a lot faster if I spun it out into a startup.”

“There are tremendous resources in Dayton,” he said. “The startup bootcamp — at that point, I was a scientist, not an entrepreneur, I was knowing that I didn’t know quite a lot and needed to learn quite a bit. That program was so beneficial to transition from scientist to entrepreneur.”

‘On the shoulders of giants’

“We have an expression in science, you stand on the shoulders of giants,” Luis said. “You move science forward based on what people have done previous to you, who have gotten there first and laid the foundation for you to build on.”

The same could be said of his experience as the child of immigrants, he said.

“My parents both immigrated from two totally different countries into this country, became citizens, had a family, settled down, started a restaurant,” he said.

The story is crucial to his entrepreneur journey, he said.

“It just set this idea in my head, if you want to get somewhere, you just do it, and it’s going to make you better in the end. It will be rough in the beginning, tough, high-risk, with potential for high-reward, so if you can go for it, go for it,” Luis said. “That’s the mentality a lot of immigrants have coming into this country, they see it as a place you can really do something. That’s what my parents did. I wouldn’t be here if not for them, wouldn’t have the same opportunities.”

“My name is Luis Estevez, and I am an entrepreneur.”