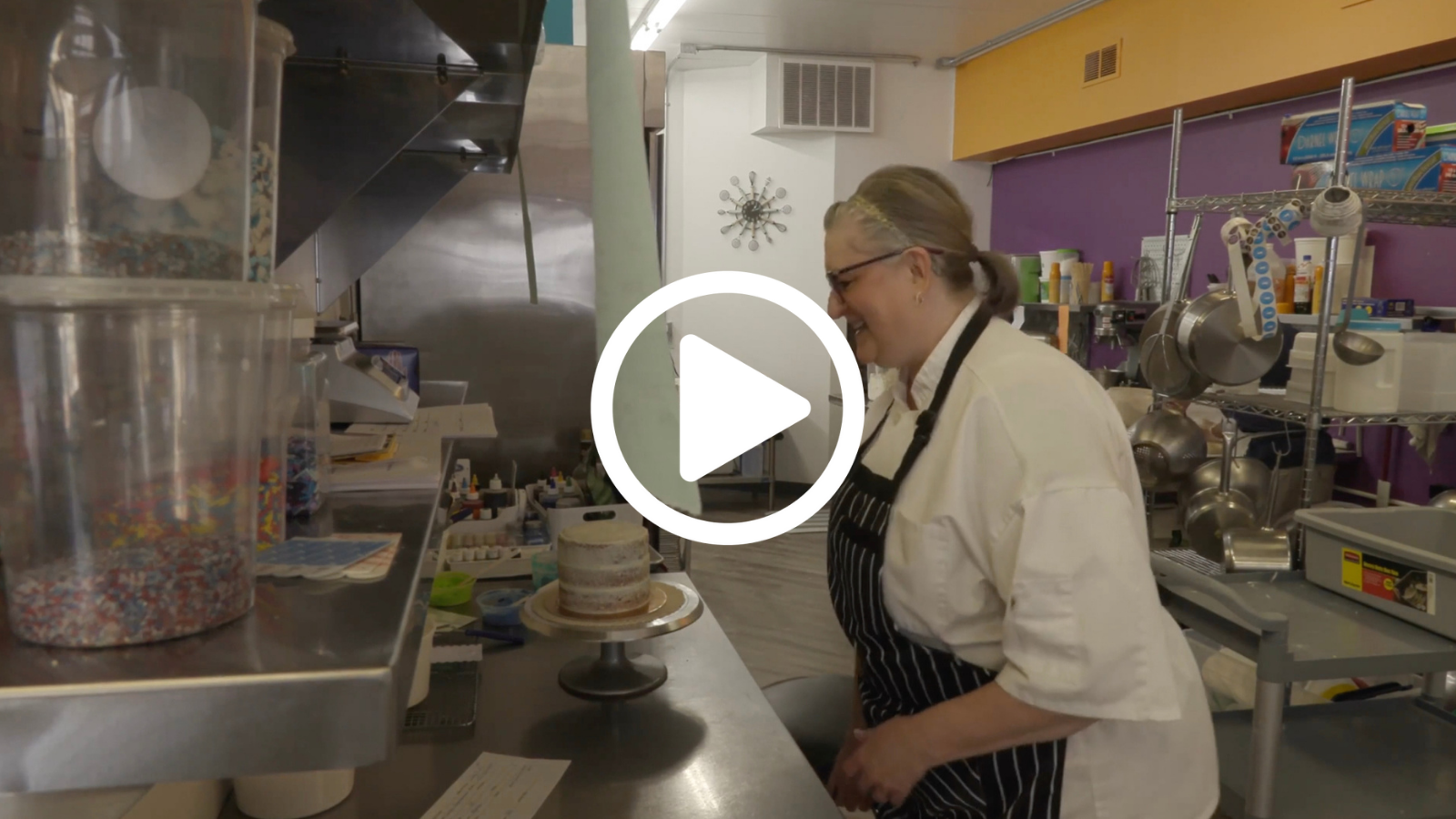 Amber Tipton was 43 years old when she began culinary school with her youngest daughter, a journey that ultimately led her to launch The Neighborhood Nest Gluten-Free Baked Goods.

The Fairborn bakery is dedicated to gluten-free goodies, and also accommodates individuals who are dairy-free, egg-free, nut-free, soy-free, vegan and keto, she said.

“We’re very focused on the people that can’t just eat the regular food that’s out there every day,” Amber shares.

“At that point, I knew what was out there, and I was not eating that way,” Amber recalls.

She had one pastry class — her only pastry class — left to complete in her final semester. Her professor allowed her to bring in about 70 pounds a week of gluten-free flours and alternative ingredients.

“At the end of the 16 weeks, if I plated my things the same as everyone else and slipped them into the lineup, no one could pick mine out,” she said.

‘The Best Bakery in Dayton’

Neither baker or entrepreneur was on the list of things she thought  she’d be when she grew up — a list that included counselor, race car driver and mortician, among others, she said. But as her family grew and she found herself hosting birthday parties and family gatherings and church pitch-ins where attendees always asked for her recipes, an idea began to form.

And as her youngest daughter grew out of homeschooling age, Amber found herself looking for something new to do. She planned to open a diner — instead she opened a bakery.

“After our diagnosis, I really experience what it was like to go out and eat and try to be safe,” she said. “Cross-contamination is such an issue for people. It can lead to anything from a distended belly and discomfort to vomiting that can leave you in the hospital. I wanted to give people a space that they can come into and have absolutely everything at their finger tips.”

It’s giving people back something they miss, she continues.

“One of my very first customers, it was the first time in 22 years that he’d had a strawberry cake for his birthday,” she recalled. “That is why we do this.”

Amber doesn’t yet take a paycheck from her business, so that feedback from customers who haven’t had their favorite treat in so long and tell Amber that hers is even better than they remember is what keeps her going, she said.

Her advice to other dreaming moms or older women who want to do something different? Don’t limit yourself  — just start.

“There’s no rules to life,” she said. “We’ve been told there’s a lot of rules to life, but there’s really not, and you don’t have to know everything to start, just start. Have a plan and a goal, be a little tenacious, and just do it. I don’t know enough to be afraid of what I take on usually, and so, I just do it.”