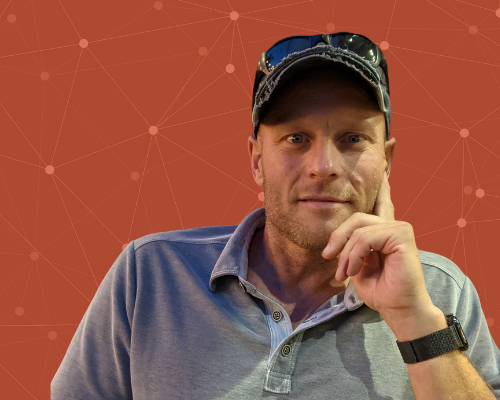 On Jan. 23, 2005, six members of the New York Fire Department responded to a fire in a four-story apartment building. While searching for trapped occupants on the fourth floor, it gave way beneath their feet, forcing the firefighters to jump out of the building. Two men died that day, and all sustained life-threatening injuries.

The team could have taken their standard repelling gear up with them, but they didn’t want to carry the extra 50-60 pounds.

Founder Michael Ragsdale is also a graduate of the OEA Defense Accelerator, a program funded by the Department of Defense OEA and managed by Launch Dayton partners Parallax Advanced Research and the Entrepreneurs’ Center.

We recently caught up with Michael to learn more about his company and his cohort experiences.

Launch Dayton: How did your company start?

I am retiring from the military this year. When I was in Hawaii, I figured that I wanted to take products to markets. I applied for the University of Cincinnati’s College of Design, Architecture, Art, and Planning, and somehow, I got in. I started there in 2011. During that time, we were just redesigning things that people don’t really need.

The idea for this repelling device began with a block of wood, nails, and a string. Over the course of eight years, I have built a team of engineers who helped me take this technology I was working on and put it into something that will fit in your pocket and actually work for hands-free descent.

Did you always want to be an entrepreneur?

Yes and no. I like adventure. When I was a kid, I was always getting into crazy stuff. Then, I wanted to be in the Navy. When I lived in Hawaii, I watched a woman give a talk about how to start a company and bring products to market. The adventure, the unknown, and the scary part of starting something that will probably fail appealed to me right away. I didn’t want a safe job; I love the idea that you only get paid if you create value. It’s the adventure of it that appealed to me, but I never saw myself as a businessperson.

What identities do you bring to entrepreneurship that helped prepare you for this lifestyle?

I’m risk adverse. The role of my job as a Navy diver, and eventually, supervisor, was putting guys in the water. I had to make sure that everything was set up before they went in the water to make it safe for them. Once they’re in the water, there’s not much you can do. A lot of it is being able to identify things ahead of time. Business is a lot like that, especially entrepreneurship.

What is the biggest barrier you’ve faced in entrepreneurship?

Getting out of my own way. I am a firm believer that we get in the way of our own success. Success is pretty easy in and of itself. One of my favorite authors says, “what’s easy to do, is also easy not to do. Successful people do the easy things.” So, my barrier is me.

Why do you love what do you?

I love people. I love constantly engaging with people, and I like meeting new people. I also love the experiences I’ve gotten to have. Right when COVID hit, I was in New York City, and I spent three different nights in three different firehouses. I’ve met elite firefighters, and I actually went on one of the fire runs with them. Where else would I get to see that if I wasn’t doing this?

What advice do you have for fellow or aspiring entrepreneurs?

How was your experience with the OEA Defense Accelerator?

How they helped our team position itself, and what I learned through them, is what started everything. Lauren Tiffan was amazing. They are very serious about not only helping startups, but also creating opportunities and resources for the community. They have the synergy, which I think is the biggest thing here.

How can the Launch Dayton community support you?

I’m trying to build out the team. There are people who have insights that I don’t have. It would be great to have someone on the team who knows how to do the business and financial side of things.

Learn more about Bailout Systems and connect with Michael here.